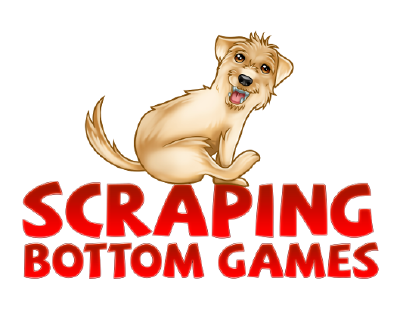 Scraping Bottom Games is the development team behind Fictorum.

Fictorum is the lovechild of Chip Flory and Greg Curran, two high school buddies turned college roommates turned longtime friends. Both are passionate about video games, and started playing them pretty much right after they got that whole walking thing down. The whole project came to be in March of 2015, shortly after the announcement from Epic that the Unreal Engine 4 is now free to use.

After a long campaign in Divinity: Original Sin together, Greg mentioned to Chip that he wanted to try making video games instead of just playing them, and Chip followed suit.

Greg Curran is based out of Victoria, Minnesota, and lives with his wife and two kids. He is a whiz when it comes to 2D and 3D procedural generation, targeting systems, and Artificial Intelligence. When he is not making video games, he's over at Games Workshop playing a game of Warhammer: 40,000, reading a book, or chasing a toddler around his house.

Chip Flory lives in Seattle, Washington, with his girlfriend. Nearly all of the item generation, destructibles, buildings, spells, and particle systems within Fictorum were designed by him. He enjoys spending his free time exploring new restaurants and breweries, singing and playing guitar, acting in independent films, and reading.

Leif Drace also lives in Seattle, Washington, and is our 3D environmental and 2D concept artist. He's a graduate of Rochester Institute of Technology's 3D Digital Graphics program. Without Leif, the "buildings" and "props" in the game would be abominations of hideous and poorly textured polygons made by our programmers. Fortunately, we have Leif's amazing artwork that we get to blow up instead. For that, we give him our deepest thanks.